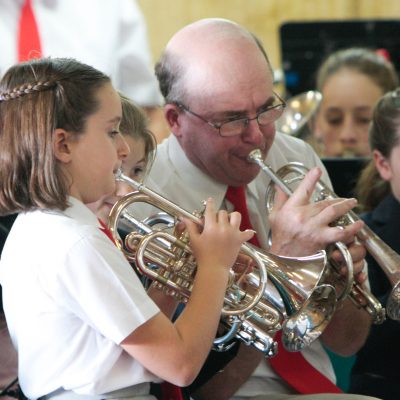 Laurence Rowe began learning music at the age of 10 after being inspired by the amazing sound of a brass band at a football match. He plays cornet within brass bands. He received excellent tuition under the direction of Mr Ted Newberry (BEM) as part of the Moree District Band and his musical talent flourished. After moving to Gunnedah with his work, Laurence joined the Gunnedah Shire Band. He became bandmaster in 1993 and has continued in this role. He has conducted the band at competitions in the past and continues to conduct the beginner and school bands. He is a life member of the Moree District Band, Gunnedah Shire Band and Band Association of NSW.

Laurence teaches around 70 students on a voluntary basis across all instruments. In 2011, he received a Medal of the Order of Australia in recognition of his long service to teaching band to children. He has received numerous other cultural awards. This quote from Laurence captures his unwavering commitment to the ethos of the band.

“I believe Gunnedah Shire Band allows everyone, of all ages and from all walks of life, the opportunity to learn and develop musical skills and to perform at the highest possible level. The band aims to do this at minimal cost to members by a culture based on giving. The unparalleled success of the band in recent years is due to the overwhelming desire by all members to support the common good.”

“Sacrifices are made, but the rewards are many and make it all worthwhile.” 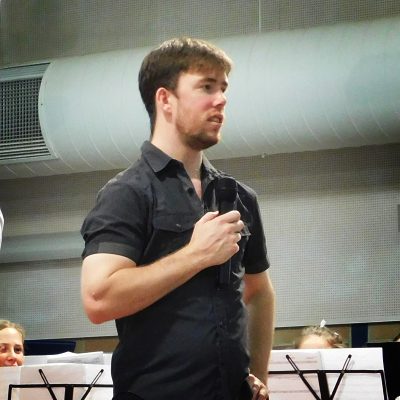 Anthony Rowe, under the careful guidance of his father, Laurence, began playing a brass instrument at the tender age of 5. Within brass bands he has played cornet, baritone, percussion and tuba. He was both a State and National Champion at Junior and Open levels on the tuba. Anthony commenced as conductor of the Junior Band in 2012 and now conducts both the Junior and the Open B Grade band. He has developed a tremendous rapport with band members, particularly the juniors which has enabled him to maximise their potential. Anthony has also been recognised for his efforts with several civic awards.

Jason began conducting the band in 1999 and was instrumental in lifting the playing standard to a level many believed not possible.  He took the band from D Grade to A Grade in six short years, winning many State and National Championships along the way.  In 2009, Jason conducted the band to its first National Open A Grade title.  He is one of the most talented and dedicated conductors in Australia and has also achieved outstanding success at the highest level in the UK. He is a life member of the Gunnedah Shire Band. 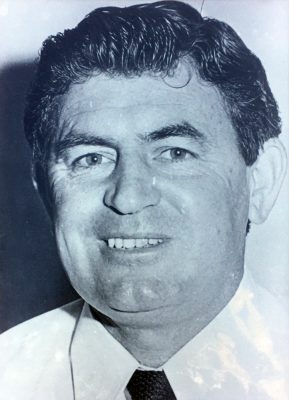 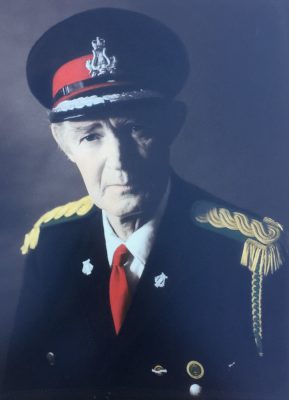 The band has been privileged to have had excellent musical directorship throughout its history, thanks to the generosity and skills of volunteers. Previous long standing bandmasters/conductors include: